A change of scenery

All you could hear was the soft clunking of the crates as we loaded them into the back of the truck. It was one of those dark end of summer nights, almost cool enough for a jacket.  The moon was so bright there was no need for flashlights, and we worked with quickly with a quiet sense of teamwork.

We felt like prohibition outlaws, secretly working under the cover of the night. But there was no chinking of brown bottles, just the cooing and clucking of the hens.

We were moving 49 pullets from their temporary home in the garage, to the new custom built coop.  It was quite a task, as you have to catch a pullet in the dark.  Chickens don't see well in the dark, and will hunker down in one spot. This makes it easy to catch them and load them into crates. When I say "easy" I specifically mean "easier than catching them in the light where they squawk and panic".  It is challenging to find them in the dark - but we managed.

Now the task at hand was to place a drop of Ivermec on each hen before releasing her into the new coop.  Again, it's easier to work in the dark as the hens remain calm - so by the light of the full moon we gently held each pullet and administered the Ivermec.

I wondered as we worked what they were thinking. Their entire life thus far was within the confines of one of our garages. Surrounded by snowshoes, camping equipment, and a wall full of garden tools.  Their new reality will be an open air run - with views of pastoral fields and the chorus of the crickets.

With the last hen perched carefully in the new hen house, we softly shut the door and for a moment we stood in the barnyard gazing at the moon. The frogs were in full orchestra, and the air smelt like fall.

Their whole world had just changed. 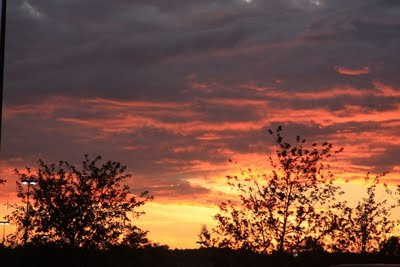